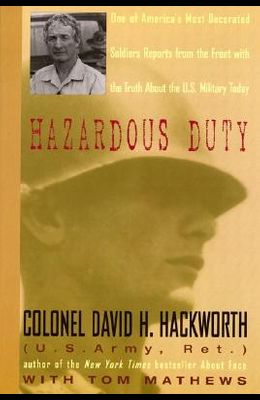 Maverick military hero and war correspondent Col. David Hackworth has earned more than 70 awards for heroism as well as eight purple hearts. More than any other military commentator, he has the trust and confidence of millions of soldiers worldwide. In this real-life, heard-hitting, nonfiction thriller, Hackworth explains what's wrong with the modern U.S. military and calls America's top political and military leaders to acccount for selling out duty, honor, and country.