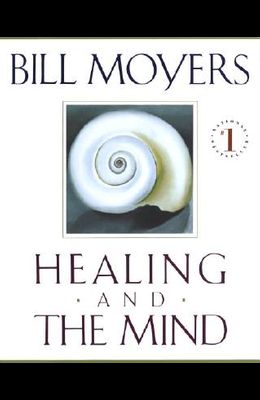 Healing and the Mind

In a series of fascinating interviews with world-renowned experts and laypeople alike, Moyers explores the new mind-body medicine and shows how it is being practiced in a variety of areas in American hospitals. A landmark work that combines the incisive yet personal interview approach, Healing and the Mind is the companion volume to the acclaimed PBS series of the same name. Photos.

From the front Cover At last, the paperback edition of the monumental best-seller (almost half a million copies in print!) that has changed the way Americans think about sickness and health -- the companion volume to the landmark PBS series of the same name. In a remarkably short period of time, Bill Moyers's Healing And The Mind has become a touchstone, shaping the debate over alternative medical treatments and the role of the mind in illness and recovery in a way that few books have in recent memory. With almost half a million copies in print, it is already a classic -- the most widely read and influential book of its kind. In a series of fascinating interviews with world-renowned experts and laypeople alike, Bill Moyers explores the new mind/body medicine. Healing And The Mind shows how it is being practiced in the treatment of stress, chronic disease, and neonatal problems in several American hospitals; examines the chemical basis of emotions, and their potential for making us sick (and making us well); explores the fusion of traditional Chinese medicine with modern Western practices in contemporary China; and takes an up-close, personal look at alternative healing therapies, including a Massachusetts center that combines Eastern meditation and Western group therapy, and a California retreat for cancer patients who help each other even when a cure is impossible. Combining the incisive yet personal interview approach that made A World Of Ideas a feast for the mind and the provocative interplay of text and art that made The Power Of Myth a feast for the imagination, Healing And The Mind is a landmark work.