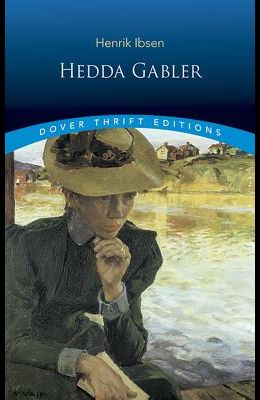 A masterpiece of modern theater, Hedda Gabler is a dark psychological drama whose powerful and reckless heroine has tested the mettle of leading actresses of every generation since its first production in Norway in 1890. Ibsen's Hedda is an aristocratic and spiritually hollow woman, nearly devoid of redeeming virtues. George Bernard Shaw described her as having no conscience, no conviction ... she remains mean, envious, insolent, cruel, in protest against others' happiness. Her feeling of anger and jealousy toward a former schoolmate and her ruthless manipulation of her husband and an earlier admirer lead her down a destructive path that ends abruptly with her own tragic demise. Presented in this handsome, inexpensive edition, Hedda Gabler offers an unforgettable experience for any lover of great drama or fine literature. Among the most performed and studied of Ibsen's dramas, it continues to provoke and challenge audiences and readers all over the world.