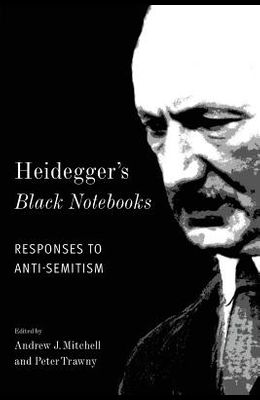 by
and Andrew Mitchell and Peter Trawny

From the 1930s through the 1970s, the philosopher Martin Heidegger kept a running series of private writings, the so-called Black Notebook s . The recent publication of the Black Notebooks volumes from the war years have sparked international controversy. While Heidegger's engagement with National Socialism was well known, the Black Notebooks showed for the first time that this anti-Semitism was not merely a personal resentment. They contain not just anti-Semitic remarks, they show Heidegger incorporating basic tropes of anti-Semitism into his philosophical thinking. In them, Heidegger tried to assign a philosophical significance to anti-Semitism, with the Jew or world Judaism cast as antagonist in his project. How, then, are we to engage with a philosophy that, no matter how significant, seems contaminated by anti-Semitism? This book brings together an international group of scholars from a variety of disciplines to discuss the ramifications of the Black Notebooks for philosophy and the humanities at large. Bettina Bergo, Robert Bernasconi, Martin Gessmann, Sander Gilman, Peter E. Gordon, Hans Ulrich Gumbrecht, Michael Marder, Eduardo Mendieta, Richard Polt, Tom Rockmore, Peter Trawny, and Slavoj Zizek discuss issues including anti-Semitism in the Black Notebooks and Heidegger's thought more broadly, such as German conceptions of Jews and Judaism, Heidegger's notions of metaphysics, and anti-Semitism's entanglement with Heidegger's views on modernity and technology, grappling with material as provocative as it is deplorable. In contrast to both those who seek to exonerate Heidegger and those who simply condemn him, and rather than an all-or-nothing view of Heidegger's anti-Semitism, they urge careful reading and rereading of his work to turn Heideggerian thought against itself. These measured and thoughtful responses to one of the major scandals in the history of philosophy unflinchingly take up the tangled and contested legacy of Heideggerian thought.