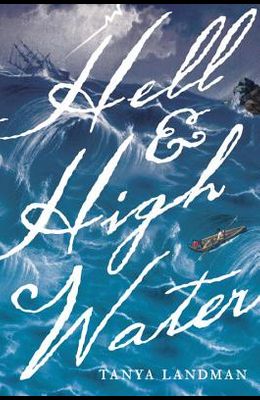 Mystery turns to mortal danger as one young man's quest to clear his father's name ensnares him in a net of deceit, conspiracy, and intrigue in 1750s England. Caleb has spent his life roaming southern England with his Pa, little to their names but his father's signet ring and a puppet theater for popular, raunchy Punch and Judy shows -- until the day Pa is convicted of a theft he didn't commit and sentenced to transportation to the colonies in America. From prison, Caleb's father sends him to the coast to find an aunt Caleb never knew he had. His aunt welcomes him into her home, but her neighbors see only Caleb's dark skin. Still, Caleb slowly falls into a strange rhythm in his new life . . . until one morning he finds a body washed up on the shore. The face is unrecognizable after its time at sea, but the signet ring is unmistakable: it can only be Caleb's father. Mystery piles on mystery as both church and state deny what Caleb knows. From award-winning British author Tanya Landman comes a heart-stopping story of race, class, family, and corruption so deep it can kill.