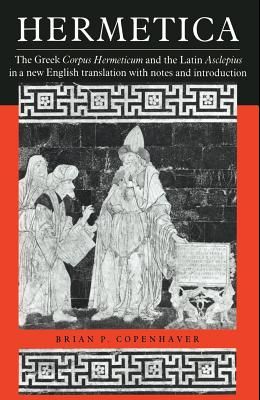 Hermetica: The Greek Corpus Hermeticum and the Latin Asclepius in a New English Translation, with Notes and Introduction

The Hermetica are a body of mystical texts written in late antiquity, but believed during the Renaissance (when they became well known) to be much older. Their supposed author, a mythical figure named Hermes Trismegistus, was thought to be a contemporary of Moses. The Hermetic philosophy was regarded as an ancient theology, parallel to the revealed wisdom of the Bible, supporting Biblical revelation and culminating in the Platonic philosophical tradition. This new translation is the only English version based on reliable texts, and Professor Copenhaver's introduction and notes make this accessible and up-to-date edition an indispensable resource to scholars.