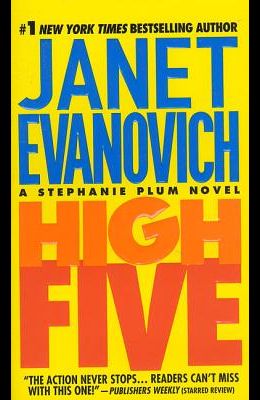 Book #5 in the Stephanie Plum Series
by
Janet Evanovich

The paperback release of this high-octane thriller that had the critics raving is being boosted by a summer-long $400,000 marketing blitz. Everyone's favorite bounty hunter, Stephanie Plum, sets out to find her missing uncle and runs into some wild characters, including a stun-gun-toting grandmother. Alternate Selection of the LG, Doubleday Book Club, and Main Selection of Mystery Guild. Martin's Press.

From the Back Cover In her fifth high-octane thriller, bounty hunter Stephanie Plum sets out to find her missing uncle -- and along the way smacks slam-bang into: a dead body, a nasty bookie, her stun-gun-toting grandmother, two very sexy men, an angry little man who won't leave her apartment, and a Mafia wedding... Jersey's favorite bounty hunter has never been better! With high hair, street smarts and plenty of attitude, Steph's sure to nail this case -- or risk life and spandex-clad limb trying...