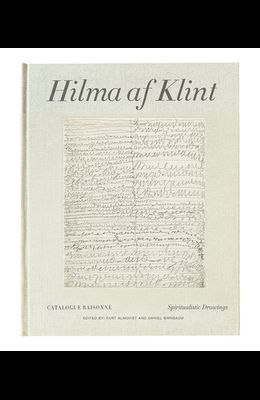 How af Klint's early drawings rose from spiritual practices conducted with friends: the first volume in a beautiful new catalogue raisonn The drawings in this first volume of a new catalogue raisonn represent an intense ten-year period of Hilma af Klint's (1862-1944) life that would lay the foundation for her later achievements. In 1896, af Klint and four other women formed The Five, a group steeped in the spiritualist beliefs permeating Europe at that time, including theosophy, Rosicrucianism and other strains of liberal religious thought. From 1896 to 1907, The Five engaged in a daily systematic method of spiritual experimentation. During s ances, Hilma af Klint drew automatic spiritual sketches based on the messages that the medium (not always the same member) communicated from the spirits the group summoned. The elaborate system of symbols, geometry and biological imagery that characterize her work all find their origin during this period.