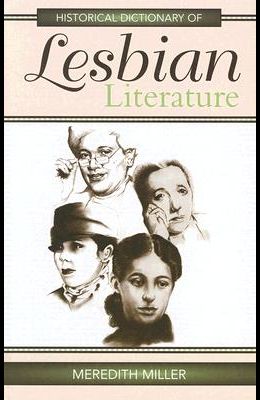 While lesbian literature can trace its name back to the Greek poet Sappho, who was born on the Island of Lesbos in 630 B.C., it was not until the past century that the genre really gained popularity. More lesbian poems, novels and plays, as well as secondary literature, have been produced during the last one hundred years than during all the previous centuries put together. The Historical Dictionary of Lesbian Literature serves two primary functions: to provide further information to those who are already familiar with the field, and to explain it to those who are just getting acquainted. Several hundred cross-referenced dictionary entries on important writers such as Sappho, Colette, Mary Wollstonecraft, and many others who are less well known are included. Other entries deal with the styles, themes, literary movements, publishers, and outstanding works of the genre. It is hoped that the entries, taken together, will provide an idea of the factors, which have influenced the development of the lesbian identity as an interaction between readers and writers of all kinds of literature. Also included are a chronology and an introduction depicting the progression of the genre, and a bibliography for further research.