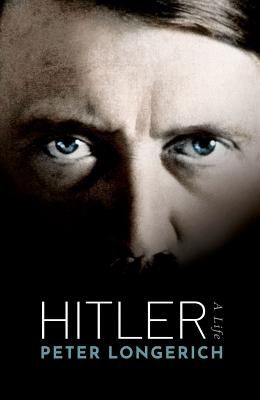 From one of the most prominent biographers of the Nazi period, a new and provocative portrait of the figure behind the century's worst crimes Acclaimed historian Peter Longerich, author of Goebbels and Heinrich Himmler now turns his attention to Adolf Hitler in this new biography. While many previous portraits have speculated about Hitler's formative years, Longerich focuses on his central role as the driving force of Nazism itself. You cannot separate the man from the monstrous movement he came to embody. From his ascendance through the party's ranks to his final hours as F&#65533;hrer in April 1945, Longerich shows just how ruthless Hitler was in his path to power. He emphasizes Hitler's political skills as Germany gained prominence on the world's stage. Hitler's rise to, and ultimate hold on, power was more than merely a matter of charisma; rather, it was due to his ability to control the structure he created. His was an image constructed by his regime - an essential piece self-created of propaganda. This comprehensive biography is the culmination of Longerich's life-long pursuit to understand the man behind the century's worst crimes.