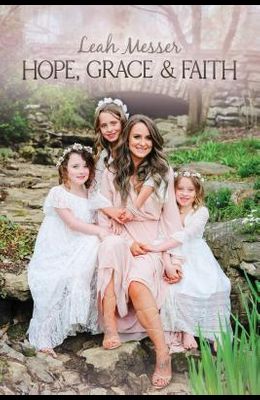 An unflinching and honest account of the off-camera reality of TV personality and fan favorite, Leah Messer. Since she was thrust under the microscope of reality television at the age of seventeen, on MTV's documentary series 16 and Pregnant and Teen Mom 2 , Leah Messer's life--from her struggle to rise to the challenges of motherhood, to the diagnosis of one of her twin girls with a rare form of muscular dystrophy, to the collapse of two marriages--has played out on the small screen. She has learned to live under the harsh glare of media scrutiny, yet there is a truth behind the reality that the camera never sees. In her memoir, Leah takes readers behind the scenes and shares an intimate, often heartbreaking portrait, of her turbulent childhood in rural West Virginia, the rock bottom that forced her to reevaluate her life, and her triumphant break from toxic relationships and self-destructive cycles to live her life with hope, grace, and faith.