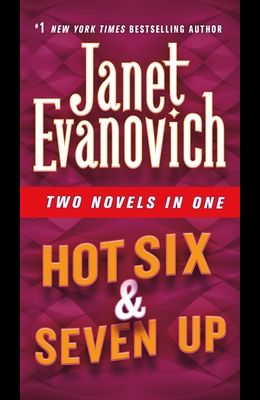 Hot Six & Seven Up: Two Novels in One

You can count on a double good time with Stephanie Plum novels in this two-in-one edition HOT SIX Bounty hunter Stephanie Plum, along with New Jersey's hunkiest vice cop Joe Morelli, join forces in their latest madcap adventure that will put them in the path of a ruthless killer, a dog with an eating disorder, a curious hamster named Rex, and too many donuts to count. Anything can happen--and everything does--as Stephanie tries to apprehend a fugitive. . .and not end up dead in the process. SEVEN UP When Mobster Eddie DeChooch is caught trafficking contraband cigarettes, Stephanie Plum is tasked with dragging his decrepit derri re back to jail. Not so easy, it turns out, since DeChooch has friends in high places and isn't afraid to use his gun. Mud wrestling, motorcycles, fast cars, fast food, fast men, and good ol' Grandma Mazur--Stephanie's up against it all with this case. Will she make it out alive? Evanovich is funny and ceaselessy inventive. -- Los Angeles Times Book Review

List of All Editions of Hot Six & Seven Up: Two Novels in One