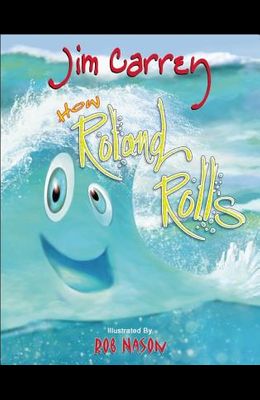 by
Jim Carrey and Rob Nason

HOW ROLAND ROLLS, winner of a 2013 Gelett Burgess Children's Book Award, is a story about a wave named Roland who's afraid that, one day, when he hits the beach, his life will be over. But when he gets deep, he's struck by the notion that he's not just a wave - he's the whole big, wide ocean The story shows humanity's interconnectedness through the metaphor of a wave in the ocean. The book is lavishly illustrated by Rob Nason, who won a Golden Reel award for his work as Art Director on the film Anastasia, as well as an Annie Awards nomination. His work on Thumbelina garnered the Hans Christian Andersen award. His cover for the inspiring grass-roots children's book, Saltwater Taffy, was nominated as Cover of the Year and was a finalist for the prestigious Benjamin Franklin award.

Other nature & the natural world books you might enjoy