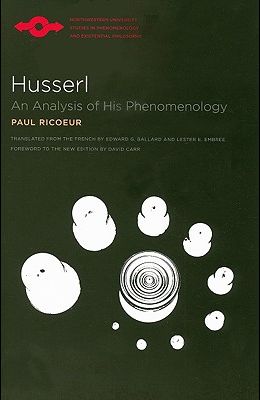 Husserl: An Analysis of His Phenomenology

by
Paul Ricoeur and Edward G Ballard and David Carr

Paul Ricoeur was one of the foremost interpreters and translators of Edmund Husserl's philosophy. These nine essays present Ricoeur's interpretation of the most important of Husserl's writings, with emphasis on his philosophy of consciousness rather than his work in logic. In Ricoeur's philosophy, phenomenology and existentialism came of age and these essays provide an introduction to the Husserlian elements which most heavily influenced his own philosophical position.