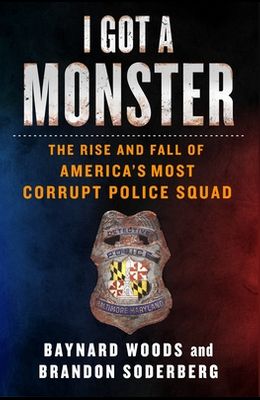 I Got a Monster: The Rise and Fall of America's Most Corrupt Police Squad

I Got a Monster is the explosive true story of the Gun Trace Task Force (GTTF), America's most corrupt police squad, which terrorized the embattled, deeply-segregated city of Baltimore, robbing dealers of their cash and stealing their stash, putting the drugs back onto the streets. Leading this group of cops-turned-criminals was Sergeant Wayne Jenkins, who was at once a decorated detective and a criminal mastermind, waging war on the city he was supposed to serve and protect. Defense lawyers tried to bring the super cop's misconduct to light, but Jenkins was untouchable because of his connections within the department. One defense attorney, Ivan Bates, had been battling Jenkins for years. Then in March 2016, when Jenkins stole over $100,000 from one of Bates' clients, the lawyer believed he finally found a way to bring down the cop who had been called the prince of the city. When the federal government finally indicted the GTTF in 2017, the stories of their victims began to come out, revealing a criminal enterprise inside the Baltimore Police Department and shedding a cold, hard light on the realities of the justice system.

List of All Editions of I Got a Monster: The Rise and Fall of America's Most Corrupt Police Squad