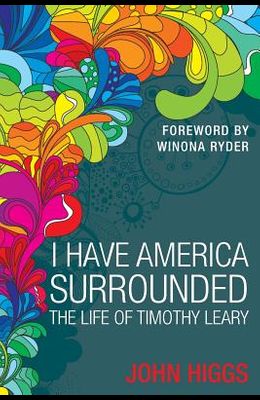 I Have America Surrounded: The Life of Timothy Leary

Timothy Leary was one of the most controversial and divisive figures of the twentieth century. President Nixon called him 'the most dangerous man in America'. Hunter S. Thompson said that he was 'not just wrong, but a treacherous creep and a horrible goddamn person'. Yet the writer Terence McKenna thought that he 'probably made more people happy than anyone else in history'. A brilliant Harvard psychologist, Leary went on to become the global figurehead of the 1960s drug culture, coin the phrase 'tune in, turn on and drop out', and persuade millions of people to take drugs and explore alternative lifestyles. Yet the tremendous impact of his 'scandalous' research has been so controversial that it has completely overshadowed the man himself and the details of his life. Timothy Leary led a life of unflagging optimism and reckless devotion to freedom. It was, in the words of his goddaughter Winona Ryder, 'not just epic grandeur but flat-out epic grandeur'. Leary's life was undoubtedly one of the greatest untold adventure stories of the twentieth century and this book presents it for the first time in all its uncensored glory. Enthralling - MixMag A remarkable account of a remarkable man - reFRESH A fascinating book about an extraordinary subject - The Beat