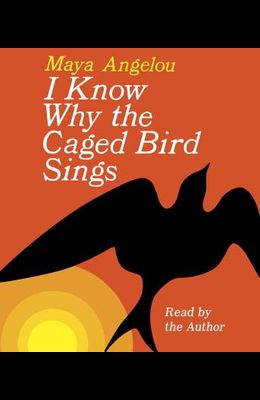 I Know Why the Caged Bird Sings

Maya Angelou's debut memoir is a modern American classic beloved worldwide. Her life story is told in the documentary film And Still I Rise, as seen on PBS's American Masters . Here is a book as joyous and painful, as mysterious and memorable, as childhood itself. I Know Why the Caged Bird Sings captures the longing of lonely children, the brute insult of bigotry, and the wonder of words that can make the world right. Maya Angelou's debut memoir is a modern American classic beloved worldwide. Sent by their mother to live with their devout, self-sufficient grandmother in a small Southern town, Maya and her brother, Bailey, endure the ache of abandonment and the prejudice of the local powhitetrash. At eight years old and back at her mother's side in St. Louis, Maya is attacked by a man many times her age--and has to live with the consequences for a lifetime. Years later, in San Francisco, Maya learns that love for herself, the kindness of others, her own strong spirit, and the ideas of great authors (I met and fell in love with William Shakespeare) will allow her to be free instead of imprisoned. Poetic and powerful, I Know Why the Caged Bird Sings will touch hearts and change minds for as long as people read. I Know Why the Caged Bird Sings liberates the reader into life simply because Maya Angelou confronts her own life with such a moving wonder, such a luminous dignity.--James Baldwin

From the Back Cover She was born Marguerite, but her brother Bailey nicknamed her Maya ('mine'). As children, Maya and Bailey were sent to live with their grandmother is Stamps, Arkansas. Their early world revolved around this remarkable woman and the store she ran for the black community. Amidst the joys of Maya's childhood, the awful, unfathomable mystery of prejudice intruded. Then violence too, intruded upon Maya's world, when a visit to her mother ended in tragedy-rape. Thereafter, Maya refused to speak, except to the person closest to her, Bailey.
From the front Cover 2 CDs / 3 hours Read by the Author, Maya Angelou Also available on cassette Superbly told--with the poet's gift for language and observation, and charged with the unforgettable emotion of remembered anguish and love--this remarkable autobiography by an equally remarkable black woman from Arkansas captures, indelibly, a world of which most Americans are unaware of.