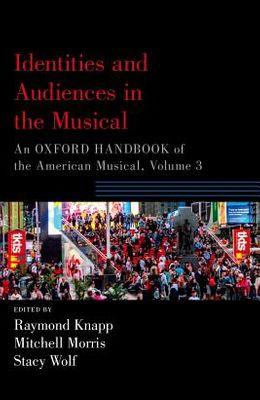 Identities and Audiences in the Musical: An Oxford Handbook of the American Musical, Volume 3

by
Raymond Knapp and Mitchell Morris and Stacy Wolf

Issues of identity have always been central to the American musical in all its guises. Who appears in musicals, who or what they are meant to represent, and how, over time, those representations have been understood and interpreted, provide the very basis for our engagement with the genre. In this third volume of the reissued Oxford Handbook of the American Musica l, chapters focus on race, ethnicity, gender, and sexuality, regional vs. national identity, and the cultural and class significance of the musical itself. As important as the question of who appears in musicals are the questions of who watches and listens to them, and of how specific cultures of reception attend differently to the musical. Chapters thus address cultural codes inherent to the genre, in particular those found in traditional school theater programs.