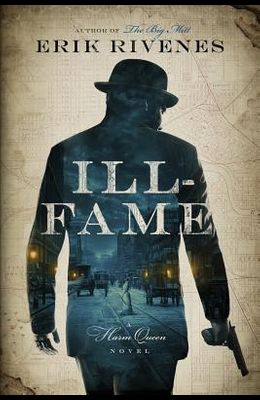 The sequel to THE BIG MITT has arrived It's 1901, and Minneapolis's most infamous detective, Harm Queen, is pulled by unfinished business into hostile rival city Saint Paul. When he attempts to rescue a prostitute, things take a terrible turn, forcing him to rely on guile and instinct to elude a host of dangerous enemies. Still worse, Queen falls into an unrequited love with the woman he's desperately trying to protect. Ill-Fame twists through a dark world of high-scale brothels, cunning anarchists, dirty policemen and crazed gangsters. It's a whirlwind ride through the seedy underside of turn-of-the-century urban Minnesota, during a time when corruption and vice ran rampant through the Twin Cities' crooked streets.