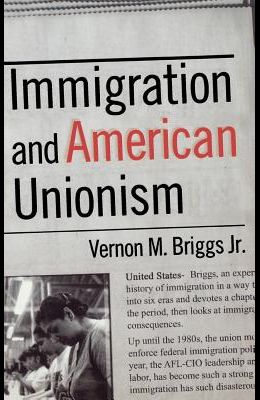 Immigration and American Unionism: Same-Sex Marriage and the Constitution

In the year 2000 the AFL-CIO announced a historic change in its position on immigration. Reversing a decades-old stance by labor, the federation declared that it would no longer press to reduce high immigration levels or call for rigorous enforcement of immigration laws. Instead, it now supports the repeal of sanctions imposed against employers who hire illegal immigrants as well as a general amnesty for most such workers. In this timely book, Vernon M. Briggs, Jr., challenges labor's recent about-face, charting the disastrous effects that immigration has had on union membership over the course of U.S. history.Briggs explores the close relationship between immigration and employment trends beginning in the 1780s. Combining the history of labor and of immigration in a new and innovative way, he establishes that over time unionism has thrived when the numbers of newcomers have decreased, and faltered when those figures have risen.Briggs argues convincingly that the labor movement cannot be revived unless the following steps are taken: immigration levels are reduced, admission categories changed, labor law reformed, and the enforcement of labor protection standards at the worksite enhanced. The survival of American unionism, he asserts, does not rest with the movement's becoming a partner of the pro-immigration lobby. For to do so, organized labor would have to abandon its legacy as the champion of the American worker.