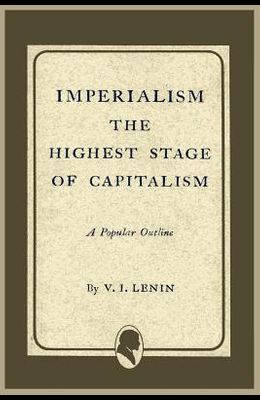 Imperialism the Highest Stage of Capitalism

2011 Reprint of 1939 Edition. Full facsimile of the original edition, not reproduced with Optical Recognition Software. Imperialism, the Highest Stage of Capitalism, by Lenin, describes the function of financial capital in generating profits from imperial colonialism, as the final stage of capitalist development to ensure greater profits. The essay is a synthesis of Lenin's modifications and developments of economic theories that Karl Marx formulated in Das Kapital. Lenin's book greatly influenced the Core-Periphery model of global capitalist development, as well as World-systems theory and Dependency theory.