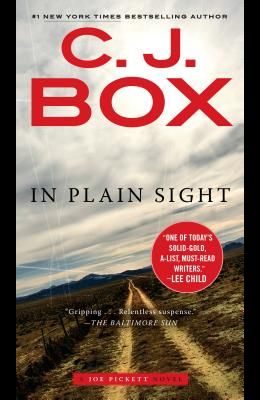 Book #6 in the Joe Pickett Series
by
C J Box

Wyoming game warden Joe Pickett's hunt for a missing woman forces him to confront his own past in this gripping novel in the #1 New York Times bestselling series. Ranch owner and matriarch Opal Scarlett has vanished under suspicious circumstances during a bitter struggle between her sons for control of her million-dollar empire. Joe Pickett is convinced one of them must have done her in. But when he becomes the victim of a series of wicked and increasingly violent pranks, Joe wonders if what's happening has less to do with Opal's disappearance than with the darkest chapters of his own past. Whoever is after him has a vicious debt to collect, and wants Joe to pay...and pay dearly.