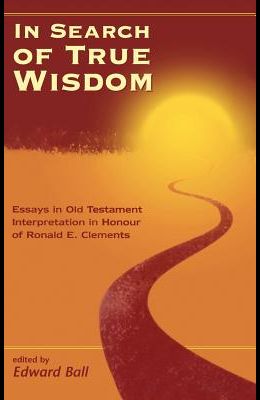 In Search of True Wisdom

The distinguished authors whose essays appear in this volume (marking the seventieth birthday of Ronald Clements, who until his retirement, was the Samuel Davidson Professor of Old Testament Studies, King's College London) include John Barton, Walter Brueggemann, Brevard Childs, John Rogerson, Rolf Rendtorff, Hugh Williamson, the late Norman Whybray, Graeme Auld, Richard Coggins. The theme of the volume reflects Clements's recent interest in 'wisdom' as an interpretative framework, and the essays address the role of theology and hermeneutics in biblical exegesis, through an examination of methods and approaches as well as by application to specific Old Testament writings. While the volume ranges through issues of canon, biblical theology and literary criticism, with several essays on the prophetic books, it maintains a clear focus on the numerous issues and challenges facing the contemporary interpreter of the scriptures.

List of All Editions of In Search of True Wisdom