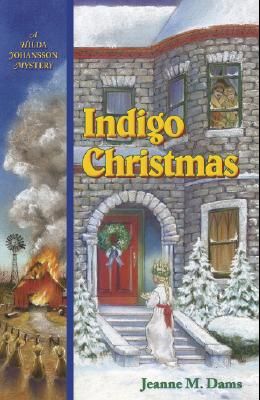 Book #6 in the Hilda Johansson Series
by
Jeanne M Dams

Once housemaid to the wealthy Studebaker family in South Bend, Indiana, Hilda Johansson is now married and living a well-to-do life with her new husband. But her Swedish family doesn't get along with his Irish relations. She's having trouble finding friends, since she no longer fits into her old world and isn't accepted in the new one. Just before Christmas, when the husband of her sole remaining friend is accused of theft, arson, and murder, Hilda has to find new ways of investigating a crime that seems to make no sense. In the hard economic times of 1904 with bank failures weekly, Hilda tries to aid the unemployed youth of South Bend by helping to form a Boys' Club modeled after Hull House in Chicago. And she also enlists some of them as Baker Street Irregulars in her mystery investigation, giving the reader a vivid sense of the city and street life of the times.