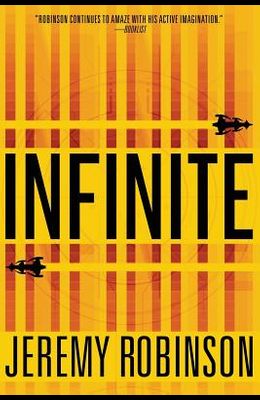 SEARCHING FOR A NEW HOME... The Galahad , a faster-than-light spacecraft, carries fifty scientists and engineers on a mission to prepare Kepler 452b, Earth's nearest habitable neighbor at 1400 light years away. With Earth no longer habitable and the Mars colony slowly failing, they are humanity's best hope. After ten years in a failed cryogenic bed--body asleep, mind awake--William Chanokh's torture comes to an end as the fog clears, the hatch opens, and his friend and fellow hacker, Tom, greets him...by stabbing a screwdriver into his heart. This is the first time William dies. It is not the last. When he wakes from death, William discovers that all but one crew member--Capria Dixon--is either dead at Tom's hands, or escaped to the surface of Kepler 452b. This dire situation is made worse when Tom attacks again--and is killed. Driven mad by a rare reaction to extended cryo-sleep, Tom hacked the Galahad 's navigation system and locked the ship on a faster-than-light journey through the universe, destination: nowhere. Ever. Mysteriously immortal, William is taken on a journey with no end, where he encounters solitary desperation, strange and violent lifeforms, a forbidden love, and the nature of reality itself. ...HE DISCOVERS THE INFINITE. Jeremy Robinson, the master of fast-paced and highly original stories seamlessly blending elements of horror, science fiction, and thrillers, tackles his most ambitious subject matter to date: reality itself. An amalgam of the works of J.J. Abrams and Ridley Scott, Infinite is a bold science fiction novel exploring the vastness of space and a man's desire to exist, find love, and alter the course of his life.