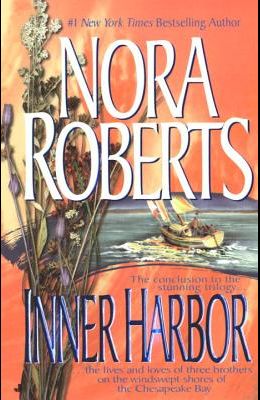 Book #3 in the Chesapeake Bay Saga Series
by
Nora Roberts

Following Sea Swept and continued in Rising Tides this is the story-- and the conclusion of the captivating trilogy--of the three Quinn brothers and the fight to honor their dead father's wish to raise a young boy named Seth as their own. With his career on track and a condo overlooking the Inner Harbor, his life on the streets firmly in his past, Phillip Quinn intended to fulfill his father's wish. But he never expected that he would grow to love Seth, and soon his promise to his father became more than just obligation.