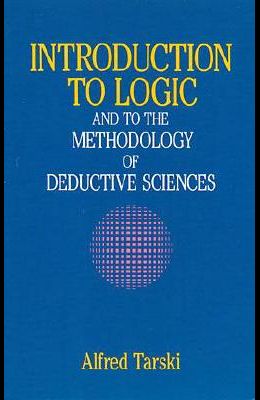 Introduction to Logic: And to the Methodology of Deductive Sciences

First published in Polish in 1936, this classic work was originally written as a popular scientific book -- one that would present to the educated lay reader a clear picture of certain powerful trends of thought in modern logic. According to the author, these trends sought to create a unified conceptual apparatus as a common basis for the whole of human knowledge. Because these new developments in logical thought tended to perfect and sharpen the deductive method, an indispensable tool in many fields for deriving conclusions from accepted assumptions, the author decided to widen the scope of the work. In subsequent editions he revised the book to make it also a text on which to base an elementary college course in logic and the methodology of deductive sciences. It is this revised edition that is reprinted here. Part One deals with elements of logic and the deductive method, including the use of variables, sentential calculus, theory of identity, theory of classes, theory of relations and the deductive method. The Second Part covers applications of logic and methodology in constructing mathematical theories, including laws of order for numbers, laws of addition and subtraction, methodological considerations on the constructed theory, foundations of arithmetic of real numbers, and more. The author has provided numerous exercises to help students assimilate the material, which not only provides a stimulating and thought-provoking introduction to the fundamentals of logical thought, but is the perfect adjunct to courses in logic and the foundation of mathematics.