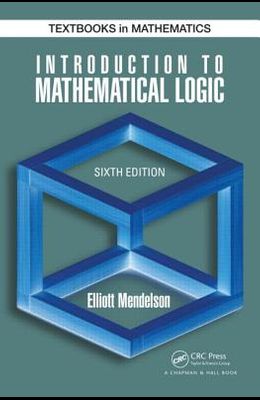 The new edition of this classic textbook, Introduction to Mathematical Logic, Sixth Edition explores the principal topics of mathematical logic. It covers propositional logic, first-order logic, first-order number theory, axiomatic set theory, and the theory of computability. The text also discusses the major results of Godel, Church, Kleene, Rosser, and Turing. The sixth edition incorporates recent work on Godel's second incompleteness theorem as well as restoring an appendix on consistency proofs for first-order arithmetic. This appendix last appeared in the first edition. It is offered in the new edition for historical considerations. The text also offers historical perspectives and many new exercises of varying difficulty, which motivate and lead students to an in-depth, practical understanding of the material.

List of All Editions of Introduction to Mathematical Logic