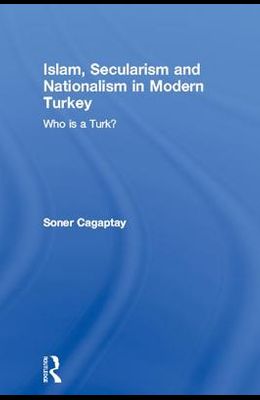 Islam, Secularism and Nationalism in Modern Turkey: Who Is a Turk?

It is commonly believed that during the interwar period, Kemalist secularism successfully eliminated religion from the public sphere in Turkey, leaving Turkish national identity devoid of religious content. However, through its examination of the impact of the Ottoman millet system on Turkish and Balkan nationalisms, this book presents a different view point. Cagaptay demonstrates that the legacy of the Ottomon millet system which divided the Ottoman population into religious compartments called millets, shaped Turkey s understanding of nationalism in the interwar period. Providing a compelling examination of why and how religion shapes national identity in Turkey and the Balkans the book covers topics including: * Turkish nationalism * the Ottoman legacy * Kemalist citizenship policies and immigration * Kurds, Muslims and Jews and the ethno-religious limits of Turkishness. Incorporating documents from untapped Turkish archives, this book is essential reading for scholars and students with research interests in Turkey, Turkish nationalism and Middle East history.