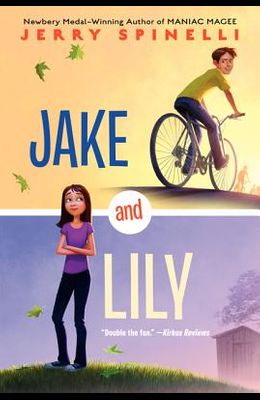 From the Back Cover Jake and Lily are twins. Even though they seem pretty different, they feel exactly the same, almost like two halves of one person. When one of them gets hurt, the other can feel it. They can communicate without words. And mysteriously, every year on their birthday, they sleepwalk to a train station in the middle of the night. But the year they turn eleven, everything changes. Their parents announce it's time for separate bedrooms, and Jake starts hanging out with a pack of boys on the block. Lily is devastated--not to mention really, really mad. And as she struggles to make friends and get a life apart from her twin, Jake finds himself dealing with a neighborhood bully and has to decide what kind of person he really is.

Books similiar to Jake and Lily