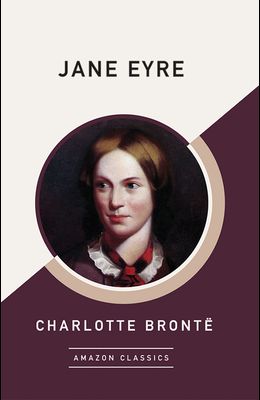 Featured title in the 2018 PBS Great American Reads The orphaned Jane Eyre has emerged a fiercely independent young woman. As governess at Thornfield Hall, she's found her first real home--though it stands in the shadow of the estate's master, Mr. Rochester, and its haunted halls ring with maniacal laughter. For even the grandest houses have secrets. As much a story about defying convention as it is about coming-of-age, Jane Eyre remains one of the most beloved novels in the English language. Both Gothic and Victorian in its influence and scope, it captures one woman's determination to live life on her own terms--choosing courage over fear, while finding power in love and compassion. Revised edition: Previously published as Jane Eyre , this edition of Jane Eyre (AmazonClassics Edition) includes editorial revisions.