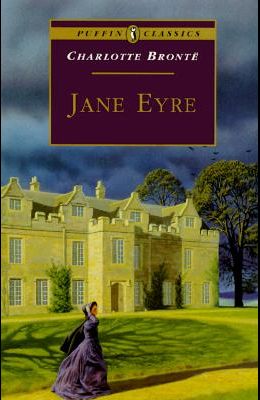 Jane Eyre is one of the most loved English Classics of all time Mystery, hardship--and love. Jane comes from nothing but she desires everything life can offer her. And when she finds work as a governess in a mysterious mansion, it seems she has finally met her match with the darkly fascinating Mr Rochester. But Thornfield Hall contains a shameful secret--one that could keep Jane and Rochester apart forever. Can she choose between what is right, and her one chance of happiness?

From the Back Cover Jane Eyre is Charlotte Bronte's most enduring masterpiece, the unforgettable tale of an orphan girl's ardent search for a wider and richer life. Originally published in 1847, it was an immediate popular success, but it also caused a storm of controversy. Bronte's firm insistence on the equality of the sexes and her prescient creation of one of literature's most independent heroines shocked many of her contemporaries. This surprisingly modern sensibility, combined with Bronte's magical use of language and her incandescent storytelling, makes the novel particularly rewarding and accessible today. Set in England's lonely moors and peopled with such memorable characters as the brooding Mr. Rochester, passionate yet melancholy, and the keeper of a terrible secret; the hypocritical Mr. Brocklehurst, a dour black marble clergyman; Helen Burns, Jane's beloved but doomed young friend; Bertha, the famous madwoman in the attic; and of course, its incomparable heroine, Jane Eyre has rightfully taken its place among our greatest literary works.

What should you read after Jane Eyre? Here is a list of books to read if you read and loved Jane Eyre