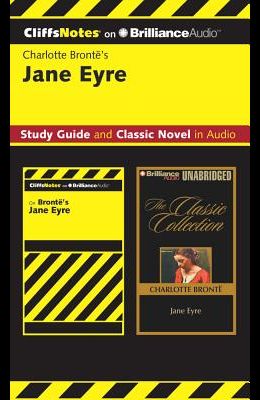 Part of the Penguin Readers: Level 3 Series
by
Karin Jacobson and Charlotte Bronte and Ellen Grafton

In the study Guide: - Learn about the Life and Background of Charlotte Bront - Hear an Introduction to Jane Eyre - Explore themes, character development, and recurring images in the Critical Commentaries - Learn new words from the Glossary at the end of each Chapter - Examine in-depth Character Analyses - Acquire an understanding of Jane Eyre with Critical Essays - Reinforce what you learn to further your study online at www.cliffsnotes.com Classic Novel in Audio: Jane Eyre Charlotte Bront 1816-1855 After a sad and neglected childhood as an orphan, Jane Eyre was hired by Edward Rochester as governess for his ward. Jane was pleased with the quiet country life at Thornfield, with the beautiful old manor house and gardens, with the book-filled library, and with her own comfortable room. But there were stories of a strange tenant, a woman who laughed like a maniac, and who stayed in rooms on the third floor. The moody Rochester, however, rebuffed her attempts to find out about the woman, and ordered her to keep quiet about strange noises she heard at night. One night in the garden, Edward Rochester embraced Jane and proposed marriage. But the quiet ceremony in the village church was shockingly halted by a stranger who claimed that Rochester was already married - to the raving maniac Jane had heard crying in the house. Grief-stricken, Jane left Thornfield, feeling that her life was over before it had really begun. But life had many surprises in store for our heroine, and among them there just might be a happily-ever-after.