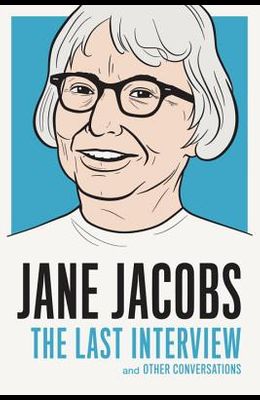 Jane Jacobs: The Last Interview: And Other Conversations

Part of the The Last Interview Series
by
Jane Jacobs

Jane Jacobs is the kind of writer who produces in her readers such changed ways of looking at the world that she becomes an oracle, or final authority. --The New York Sun Hailed by the New York Times Book Review as perhaps the single most influential work in the history of town planning, Jane Jacobs's The Death and Life of Great American Cities was instantly recognized as a masterpiece upon its publication in 1961. In the decades that followed, Jacobs remained a brilliant and revered commentator on architecture, urban life, and economics until her death in 2006. These interviews capture Jacobs at her very best and are an essential reminder of why Jacobs was--and remains--unrivaled in her analyses and her ability to cut through cant and received wisdom.

The Last Interview Series In Order - By Jane Jacobs