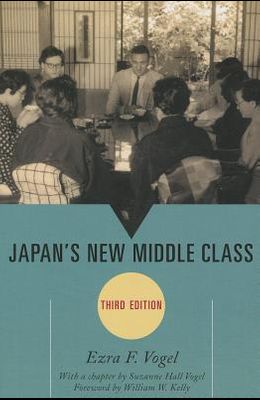 This classic study on the sociology of Japan remains the only in-depth treatment of the Japanese middle class. Now in a fiftieth-anniversary edition that includes a new foreword by William W. Kelly, this seminal work paints a rich and complex picture of the life of the salaryman and his family. In 1958, Suzanne and Ezra Vogel embedded themselves in a Tokyo suburb, living among and interviewing six middle-class families regularly for a year. Tracing the rapid postwar economic growth that led to hiring large numbers of workers who were provided lifelong employment, the authors show how this phenomenon led to a new social class-the salaried men and their families. It was a well-educated group that prepared their children rigorously for the same successful corporate or government jobs they held. Secure employment and a rising standard of living enabled this new middle class to set the dominant pattern of social life that influenced even those who could not share it, a pattern that remains fundamental to Japanese society today.