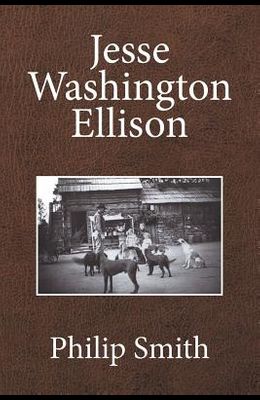 In November of 2016, Phil will be seventy-seven years old. He has always been a Renaissance man. He completed his master's in music education in 1963, and his first job was teaching vocal music in Globe High School, Globe, Arizona. There he met one Slim Glenn Reynolds Ellison, an older cowboy and rancher. They camped for decades in the high country of Arizona. Slim introduced Phil to the history of the Ellison family. The book begins with one Jesse Washington Ellison, born when Texas was still a part of Mexico. Jesse's life and descendants are followed in the book. It is as much a scrapbook, collection of interviews, historical photos, and recollections than anything else. It is not written in the historically definitive form. Over a forty-year period, Phil also has been an archeologist (field archeologist with the University of Arizona), excavated with the University of Oklahoma and OSU, and lectured in the field of historic archeology. Eight seasons were spent on Dripping Springs, a Salado site, which was published by UTEP's press. He served four fire seasons in the USFS in Arizona and California. His book about these years of activity is available through Amazon.com. Fire in the Forest describes his fire experiences. He also taught choral music for years in many high schools and colleges. He is also a composer of over two hundred pieces. He has been performed by the Phoenix and Arizona State University orchestras and also read by Alexander Shriner in the Mormon Temple. He continues to compose. Phil resides in Claremore, Oklahoma, with his wife of thirty-eight years, Nanette Wyckoff Smith. He may be reached at [email protected]