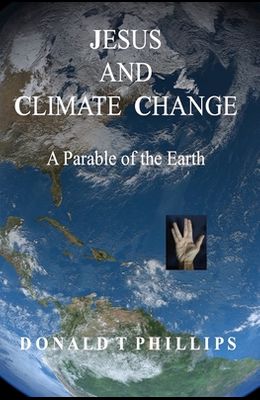 Jesus and Climate Change: A Parable of the Earth

Jesus was born in Mexico and immigrated with his family to the United States when he was five years old. Raised Catholic, he knew scripture as well as any Biblical scholar. At a young age, he discovered he had a slight ability to heal with his hands, but it seemed to work only once in awhile. He was extremely bright and loved to read, especially Shakespeare and other romantic poets. But his true love was science - and he earned full college scholarships to study the earth sciences. After graduation, he went to work for a major energy company and had a knack for finding new oil and gas fields. After his city experienced a devastating hurricane, he began looking closely at the science of climate change. Then he started speaking to company employees about his findings and urged a switch to clean and renewable energies. But he was ostracized for preaching sacrilege that fossil fuels were the culprits. Then he began to criticize the greed of wealthy corporations - although he spoke openly and did nothing in secret Fired when it was revealed he was an undocumented immigrant, Jesus formed a new organization to combat climate change. With his natural ability to communicate complex science in an easily understandable manner, he was able to convey the basic facts surrounding climate change - the causes, the effects, the hard proof, the potential solutions. And people responded - at first with a small loyal following, and eventually with large crowds, both locally and nationally. He combined scientific fact with spiritual truth and applied his knowledge of Biblical teachings to reach people. He was also a man who tried to follow Christian principles. He helped the poor, fed the hungry, loved his neighbors, and spent time with children. This novella, only 25,000 words in length, leaves the reader full of wonder - and questions. What if Jesus Christ really did come back to earth? What would he say about climate change? What would he advise us to do? How would we respond?