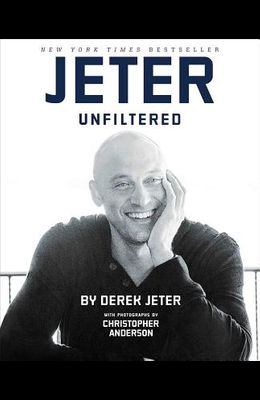 The only authorized full-color book commemorating Derek Jeter s iconic baseball career with the New York Yankees, featuring archival images and original photos of his final 2014 season from renowned photographer Christopher Anderson. Derek Jeter s twentieth and final season in Major League Baseball truly marks the end of a sports era. The New York Yankees shortstop a five-time World Series victor, team captain since 2003, and one of the greatest ballplayers of all time is a beloved and inspiring role model who displays the indefinable qualities of a champion, on and off the field. Jeter Unfiltered is a powerful collection of never-before-published images taken over the course of Derek s final season. Fans will have unprecedented access to The Captain, as the famously private baseball legend takes us behind the scenes inside his home, the stadium, the gym, at his Turn 2 Foundation events, fortieth birthday party, and more as he looks back with candor and gratitude on his baseball career. The result is an intimate portrait bursting with personality, professionalism, and pride. Jeter Unfiltered is Jeter as you have never seen him before: unguarded, unapologetic unfiltered.