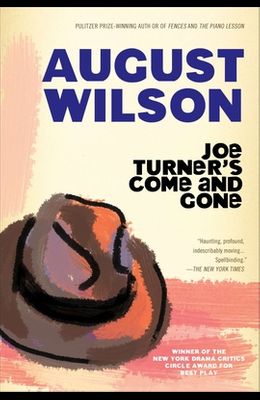 Joe Turner's Come and Gone: A Play in Two Acts

Book #2 in the The Century Cycle Series
by
August Wilson

Pulitzer Prize-winning author of Fences and The Piano Lesson Winner of the New York Drama Critics Circle Award for Best Play The glow accompanying August Wilson's place in contemporary American theater is fixed. - Toni Morrison When Harold Loomis arrives at a black Pittsburgh boardinghouse after seven years' impressed labor on Joe Turner's chain gang, he is a free man--in body. But the scars of his enslavement and a sense of inescapable alienation oppress his spirit still, and the seemingly hospitable rooming house seethes with tension and distrust in the presence of this tormented stranger. Loomis is looking for the wife he left behind, believing that she can help him reclaim his old identity. But through his encounters with the other residents he begins to realize that what he really seeks is his rightful place in a new world--and it will take more than the skill of the local People Finder to discover it. This jazz-influenced drama is a moving narrative of African-American experience in the 20th century.