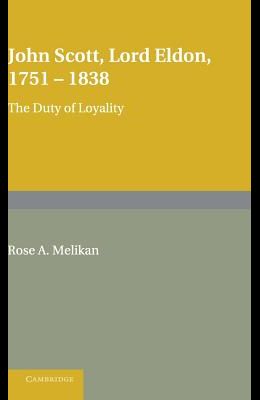 John Scott, Lord Eldon (1751-1838) was an important English lawyer and a dominant figure in Georgian public life, and ranks among the most important Lord Chancellors in the long history of that office. This biography, the first in approximately 150 years, traces Eldon's public career, from MP to Lord Chancellor. That career was significant for its duration and complexity. Eldon held public office for almost 49 years, and his 25 year tenure as Lord Chancellor is unique. This enabled him to exercise influence in almost every government between 1788-1827.