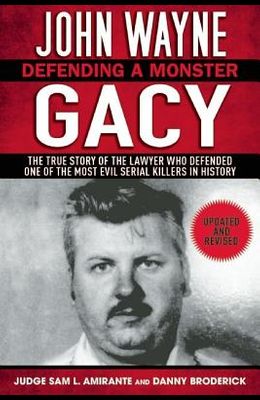 John Wayne Gacy: Defending a Monster: The True Story of the Lawyer Who Defended One of the Most Evil Serial Killers in History

Sam, could you do me a favor? Thus begins a story that has now become part of America's true crime hall of fame. It is a gory, grotesque tale befitting a Stephen King novel. It is also a David and Goliath saga--the story of a young lawyer fresh from the Public Defender's Office whose first client in private practice turns out to be the worst serial killer in our nation's history. Sam Amirante had just opened his first law practice when he got a phone call from his friend John Wayne Gacy, a well-known and well-liked community figure. Gacy was upset about what he called police harassment and asked Amirante for help. With the police following his every move in connection with the disappearance of a local teenager, Gacy eventually gave a drunken, dramatic, early morning confession--to his new lawyer. Gacy was eventually charged with murder and Amirante suddenly became the defense attorney for one of American's most disturbing serial killers. It was his first case. This new edition of John Wayne Gacy, which contains updated material about the case that has come to light since the book's original publication, recounts the gruesome killings and the famous trial that shocked a nation.

Books similiar to John Wayne Gacy: Defending a Monster: The True Story of the Lawyer Who Defended One of the Most Evil Serial Killers in History

List of All Editions of John Wayne Gacy: Defending a Monster: The True Story of the Lawyer Who Defended One of the Most Evil Serial Killers in History