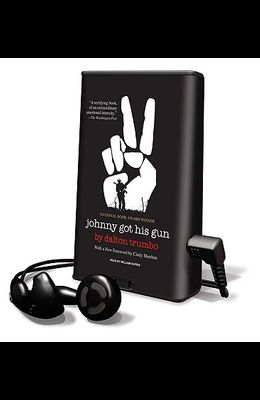 Johnny Got His Gun [With Earbuds]

by
Dalton Trumbo and William Dufris and Cindy Sheehan

This was no ordinary war. This was a war to make the world safe for democracy. And if democracy was made safe, then nothing else mattered---not the millions of dead bodies, nor the thousands of ruined lives. This is no ordinary novel. This is a novel that never takes the easy way out: it is shocking, violent, terrifying, horrible, uncompromising, brutal, remorseless, and gruesome...but so is war. Johnny Got His Gun holds a place as one of the classic antiwar novels. First published in 1939, Dalton Trumbos story of a young American soldier terribly maimed in World War I---he survives armless, legless, and faceless, but with his mind intact---was an immediate bestseller. This fiercely moving novel was a rallying point for many Americans who came of age during World War II, and it became perhaps the most popular novel of protest during the Vietnam era.