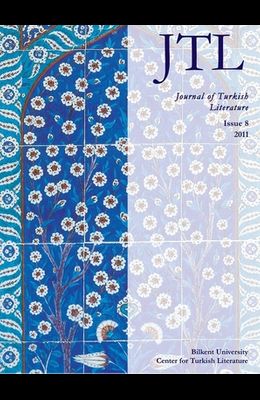 The Center for Turkish Liter ature (JTL) at Bilkent University in Ankara (Turkey) proudly announces the publication of the Journal of Turkish Literature, the first scholarly journal in English devoted in its entirety to Turkish literature, from its outset to the present day. The literature of the Turks is among the oldest of living literatures. In nearly twelve centuries, it has been alive in many continents and regions, expressing itself in a diversity of languages and scripts and remaining receptive to external influences as it maintains its intrinsic impetus for renewal. From Central Asia to Anatolia and beyond, it has served as a faithful mirror of Turkish societies and cultures, often functioning as a vehicle for pioneering ideas and ideals. As such, Turkish literature is both a repository of time-honored values and a powerful catalyst for change. JTL will reflect these aspects while encompassing the literary output of the Turks in Asia, the Middle East, the Balkans and elsewhere. Its emphasis is on Seljuk, Ottoman, and modern Turkish literature as well as on its Central Asian roots. JTL 's honorary consulting board includes Bernard Lewis, Geoffrey Lewis, Irene Melikoff, Louis Bazin, and Halil Inalcik. The editorial board includes Robert Dankoff, Victoria Holbrook, Eleazer Birnbaum, Joseph Jacobson, Celia Kerslake, and many other leading scholars.