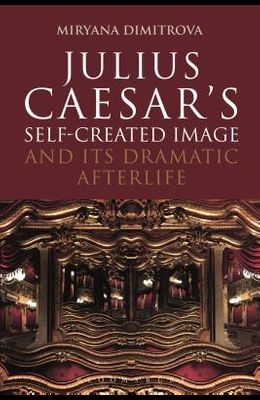 The book explores the extent to which aspects of Julius Caesar's self-representation in his commentaries, constituent themes and characterization have been appropriated or contested across the English dramatic canon from the late 1500s until the end of the 19th century. Caesar, in his own words, constructs his image as a supreme commander characterised by exceptional celerity and mercifulness; he is also defined by the heightened sense of self-dramatization achieved by the self-referential use of the third person and emerges as a quasi-divine hero inhabiting a literary-historical reality. Channelled through Lucan's epic Bellum Civile and ancient historiography, these Caesarean qualities reach drama and take the shape of ambivalent hubris, political role-playing, self-institutionalization, and an exceptional relationship with temporality. Focusing on major dramatic texts with rich performance history, such as Shakespeare's Julius Caesar , Handel's opera Giulio Cesare in Egitto and Bernard Shaw's Caesar and Cleopatra but also a number of lesser known early modern plays, the book encompasses different levels of drama's active engagement with the process of reception of Caesar's iconic and controversial personality.