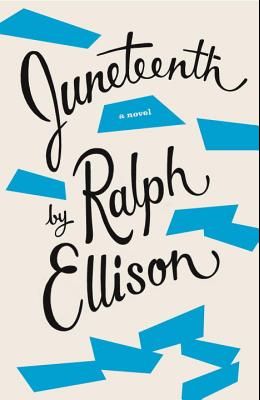 A work of staggering virtuosity (Newsday), Ralph Ellison's long-awaited second novel tells the brilliantly crafted, moving, and wise story of an orphan who grows up to be a senator, after being raised by an itinerate Negro preacher. Behind his story lies a mystery: How did this chosen child become the man who would deny everything to achieve his goals?

From the front Cover NATIONAL BESTSELLER [A]n extraordinary book, a work of staggering virtuosity. With its publication, a giant world of literature has just grown twice as tall.--Newsday From Ralph Ellison--author of the classic novel of African-American experience, Invisible Man--the long-awaited second novel. Here is the master of American vernacular--the rhythms of jazz and gospel and ordinary speech--at the height of his powers, telling a powerful, evocative tale of a prodigal of the twentieth century. Tell me what happened while there's still time, demands the dying Senator Adam Sunraider to the itinerate Negro preacher whom he calls Daddy Hickman. As a young man, Sunraider was Bliss, an orphan taken in by Hickman and raised to be a preacher like himself. Bliss's history encompasses the joys of young southern boyhood; bucolic days as a filmmaker, lovemaking in a field in the Oklahoma sun. And behind it all lies a mystery: how did this chosen child become the man who would deny everything to achieve his goals? Brilliantly crafted, moving, wise, Juneteenth is the work of an American master.