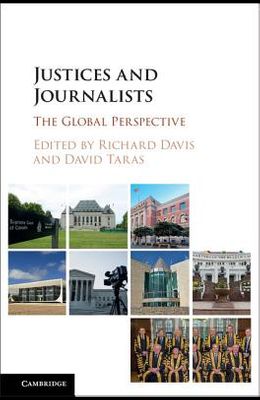 by
and Richard Davis and David Taras

A key intermediary between courts and the public are the journalists who monitor the actions of justices and report their decisions, pronouncements, and proclivities. Justices and Journalists: The Global Perspective is the first volume of its kind - a comparative analysis of the relationship between supreme courts and the press who cover them. Understanding this relationship is critical in a digital media age when government transparency is increasingly demanded by the public and judicial actions are the subject of press and public scrutiny. Richard Davis and David Taras take a comparative look at how justices in countries around the world relate to the media, the interactive points between the courts and the press, the roles of television and the digital media, and the future of the relationship.