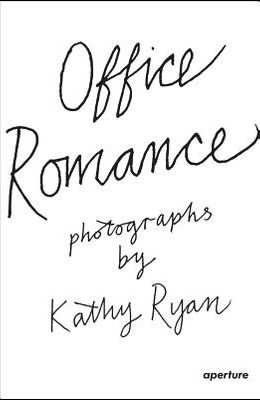 by
Kathy Ryan and Renzo Piano

Office Romance is Kathy Ryan's love song, in photographs, to her office life. Shot on the sixth floor of the landmark, Renzo Piano-designed New York Times building where she acts as Director of Photography for The New York Times Magazine , Ryan captures moments of luminous beauty in her daily routine. First published on Instagram, it offers her account of the minute details of her working environment; her colleagues, who pose for her photographs; the glorious building she works in; and the light of New York City. As well as the joy and pleasure in each moment captured, Ryan's introduction refers to contrasts and ironies that characterize the photo world today; as old media meets new, an editor who commissions swashbuckling photographers all over the world finds moments of transcendent beauty within her office, that in turn become a hugely popular Instagram feed. Kathy Ryan , the long-term Director of Photography at The New York Times Magazine , has been a pioneer at combining fine-art photography and photojournalism in the pages of the Magazine . During this time, the Magazine has been recognized with numerous photography awards, including National Magazine Awards in both 2011 and 2012. In 2012, Ryan received the Royal Photographic Society's annual award for Outstanding Service to Photography. Under Ryan's leadership, the Magazine commissions the world's best photographers, a selection of which was published in The New York Times Magazine Photographs (Aperture, 2011), edited by Ryan. Ryan also lectures on photography (she gave the 2012 Karsh Lecture in Photography at the Museum of Fine Arts, Boston) and serves as a mentor at the School of Visual Arts.