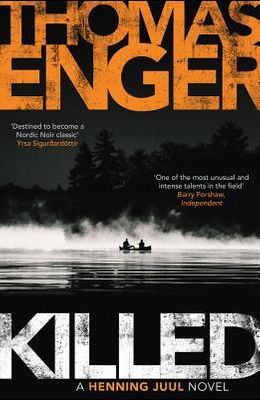 Investigative journalist Henning Juul follows a dangerous trail to find his young son's murderer, in the explosive, heart-breaking finale to the international, bestselling Henning Juul series. 'Outstanding' Ragnar J nasson 'A gripping narrative that begs comparison to Stieg Larsson' Bookpage 'Satisfyingly tense and dark ... a deep and complex book' Sunday Times ------------------------ Crime reporter Henning Juul thought his life was over when his young son was murdered. But that was only the beginning... Determined to find his son's killer, Henning doggedly follows an increasingly dangerous trail, where dark hands from the past emerge to threaten everything. His ex-wife Nora is pregnant with another man's child, his sister Trine is implicated in the fire that killed his son and, with everyone he thought he could trust seemingly hiding something, Henning has nothing to lose ... except his own life. Packed with tension and unexpected twists, Killed is the long-awaited finale of one of the darkest, most chilling and emotive series you may ever read. Someone will be killed. But who? ------------------------ Praise for Thomas Enger 'One of the most unusual and intense writers in the field' Barry Forshaw, Independent 'MUST HAVE' Sunday Express S Magazine 'Intriguing' Guardian 'Sophisticated and suspenseful' Literary Review 'Full of suspense and heart' Crime Monthly 'Thomas Enger writes with verve, colour and a pace that builds to a thrilling climax' European Literature Network 'Superbly compelling ... the characters leap right off the page' Shotsmag 'Destined to become Nordic Noir classic' Yrsa Sigur ard ttir 'Slick, compelling and taut' Chris Ewan