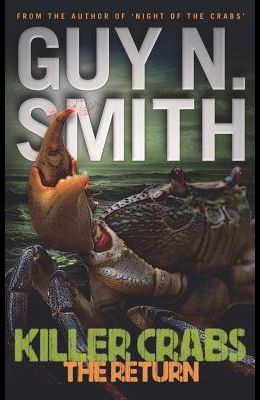 Book #7 in the Crabs Series
by
Guy N Smith

In 1978 the Crabs attacked Australia's Great Barrier Reef with horrendous loss of human life. Amongst the fatalities was Harvey Logan, big-game hunter. The world believed that these terrible crustaceans had been annihilated but Harvey's son, Brock, was sure that one day they would emerge from the oceans once more on a rampage of bloody carnage. Brock was also a hunter and he waited patiently for three decades. He wanted revenge as well as a Crab trophy for his collection. Then the crabs returned, this time on the Solway Firth and Brock's hunt began.