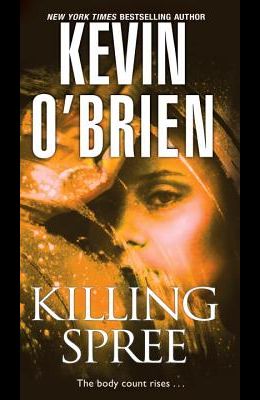 When a Serial Killer Gets a Taste for Blood . . . Years ago, the Seattle police were baffled by the Schoolgirl Murders. The killer staged the scenes, dressing his female victims in school girl uniforms and saddle shoes. No woman in Seattle felt safe, until they caught the man responsible, and the case was forgotten . . . He Only Wants to Do One Thing . . . Across the country, a killing spree is taking place. The first victim is attacked in a taxi by a mysterious stranger. The next is found strangled in a changing room. A hitchhiker is left by the side of the road, his identity brutally stolen. The murders are so bizarre, so random, no one would think to connect them . . . Kill and Kill Again . . . Only Seattle writer Gillian McBride sees the disturbing coincidences between all the murders--and it's hitting too close to home. Somehow, she is the link between past and present--and to a twisted serial killer who shows no signs of stopping . . . Praise for the Novels of Kevin O'Brien White knuckle action ...takes readers into the darkest corners of the human mind. --Tess Gerritsen on One Last Scream Scary Read this page turner with the lights on --Lisa Jackson on Watch Them Die